New Version 4.1
Now, these plug-in suites are updated to version 4.1, introducing a new licensing system that is server-based and therefore shareable. The multi-seat licenses can be installed on a server and shared across a local area network, which will benefit large facilities in terms of production workflows with multiple contributors. Two multi-seat licenses are available: 2 seats and 10 seats.

Introducing Dedicated Stereo Versions
Previously, the RTW plug-in suites have been for both stereo and surround productions, but now a dedicated stereo-only version will also be available, as a cost-efficient alternative. And not all producers – particularly in music production – have a need for surround audio metering or processing. The surround versions of the plug-in suites still include stereo operation.

Enhanced Pro Tools Support
The multi-channel features of the surround plug-ins have been improved, as the surround version now aligns with the Pro Tools channel layout from mono and up to 8 channels. Further, in the setup page, a new channel activity indicator makes it significantly easier for users to set up their multi-channel workflows.

Operating System Compatibility
The new version 4.1 of the RTW plug-ins is compatible with the latest operating systems, including Mac OS Mojave and Windows 10 in order to integrate with any system. This applies to both the original stereo+surround edition, as well as the new stereo-only version.

Further, version 4.1 is a free update to existing users, for new users, pricing starts at USD 99 MAP. A complete pricing overview, including upgrades from stereo-only, is available in the RTW online store.

Quite simply, RTW keeps ensuring that all audio engineers are able to keep their eyes on their audio and make informed decisions during critical productions.

About RTW
RTW, based in Cologne (Germany), has more than 50 years of experience designing, producing and marketing advanced recording-studio equipment, leading and innovating the marketforhigh quality audio metering and monitoring tools. RTW operates a worldwide distribution and service network. For more information on RTW, visit www.rtw.com, www.facebook.com/rtwaudio or call +49 221 709130. 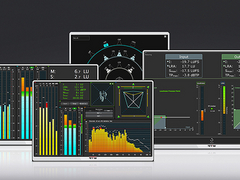