AMSTERDAM, 13, SEPTEMBER 2013 – RTW (IBC Stand 8.D92), a leading vendor of visual audio meters and monitoring devices for professional broadcast, production, post production and quality control, is pleased to announce that it is providing the IBC 2013 technology team with TM9 and TM7 TouchMonitor audio meters to support audio in the IBC Big Screen auditorium, as well as four TM3 TouchMonitor units to support the IBC News team’s live and studio coverage of the show.

“We have long assisted the IBC show with equipment from the RTW product portfolio and are happy to be doing so again this year,” says Andreas Tweitmann, CEO, RTW. “The IBC show represents the best and most advanced technology offerings in Europe within the broadcast industry. We are honored to have the show organizers select meters from our TouchMonitor line of products in order to help support the audio in the Big Screen auditorium, as well as for IBC News broadcasts.”

The IBC Big Screen auditorium, which debuted in 2003, will host several of IBC 2013’s top events, including the keynote presentations, awards ceremony and exhibitor and conference sessions, as well as free movie screenings for attendees. Designed to the IBC’s specifications, the auditorium is equipped for 4K and stereoscopic 3D digital projection and Dolby 7.1 surround sound audio.

“By utilizing the TM9, we will be able to check the audio’s signal path at various points within the system during any event being held in the Big Screen area,” says Terry Nelson, Technical Resources, IBC. “For us, it truly is ‘confidence monitoring.’”

In addition, Nelson and his team chose RTW’s TM7, equipped with RTW’s Multichannel Mode, Loudness and SPL Display, SSA (Surround Sound Analyzer) and Radar Display modules, to monitor signals alongside the Midas PRO 9 digital console surface used in the IBC Big Screen. While this version of the TM7 is equipped with the same analog and digital inputs and outputs as the TM9, for this application, as a general rule, the audio team only monitors the main eight outputs.

The four TM3 meters were selected for their similar capabilities, along with their more compact size, which is more suitable for use in the various production centers (including the master control room) that the IBC News team uses to broadcast its live and studio coverage from the show floor.

“The IBC News team specifically requested the compact-sized TM3s for the first time last year,” says Nelson. “They were impressed with the meters’ precision, reliability and ease-of-use, and have chosen to bring them back again this year to monitor the main signal outputs during broadcasts.”

The TM7 and TM9 feature 7- and 9-inch touch-sensitive displays, respectively, and provide unparalleled flexibility and modularity combined with intuitive control. The software visualizes multiple sources simultaneously. Both support displaying the same signal on multiple instruments in parallel, each with dedicated defaults, and the capability for both horizontal and vertical operation. The system visualizes up to 48 channels depending on the installed interface combination (analog, digital and 3G SDI). They also feature the innovative Magic LRA instrument, specifically designed by RTW for intuitive visualization of the loudness range and integrated-loudness parameters.

RTW’s range of products currently include the SurroundControl series for monitoring, controlling and routing stereo, multichannel and surround audio and the TouchMonitor range, which truly marks a paradigm shift in visual audio monitoring and loudness metering. Combining maximum flexibility and modularity with an intuitive touch-enabled surface and multichannel signal analysis, the TM7 and TM9 units are the essence of many years of experience. The attractively priced TouchMonitor TM3 entry-level system opens new markets, targeting applications such as journalist cubicles, edit suites and small control rooms.

As part of its expansion into the U.S. market, in 2013 RTW established RTW International Corp. in Lancaster, Pennsylvania. The new office is the first U.S. location launched by RTW, showing the company’s dedication to supporting its customers and dealer networks in the U.S. The new U.S. office will house all customer service, repair and final product assembly activities for U.S.-based RTW customers. 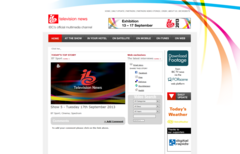 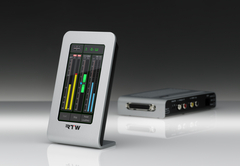 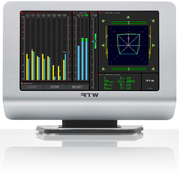 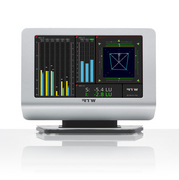