This year, RTW earned one of the coveted Pick Hit Awards for its TM3 TouchMonitor. The TM3 includes features of the larger TM7 and TM9 TouchMonitor versions and is controlled using a touch-sensitive display. With its budget-friendly base price, a 4.3-inch touch screen and stylish exterior allowing for horizontal and vertical placement, the TM3 is a highly appealing, compact solution ideal for editorial offices, edit suites and small control rooms.

"The Pick Hit Awards are limited to 20 winners, which maintains the value and prestige of the award," says Chriss Scherer, editor of Radio magazine. “In addition, the Pick Hit Award judges follow a strict set of rules and make their selections independently and anonymously, which is a further testimony to the proven value of the award to radio broadcasters."

The Pick Hit Awards were first presented at the NAB Convention in 1985, making them the oldest technology award at the convention. The Pick Hit Awards are selected by a panel of judges who are radio broadcast engineers from radio stations, radio networks and radio production facilities. The official Pick Hit rules require that the winning products must fit a recognized need in radio, are priced within reason, are available within the current calendar year and have never before been exhibited at the NAB convention.

The complete list of recipients will be published in the June 2012 issue of Radio magazine, and is also posted online at RadioMagOnline.com.

About the Pick Hit Awards
First presented at the NAB convention in 1985, the Pick Hit Awards are the original technology award at the convention. The awards are selected by a panel of judges who make their selections independently and anonymously and then convene for a meeting on the third day of the convention. Winning products are selected because they are useful to radio broadcasters, are priced within reason, are available within the current calendar year, and are new introductions at the NAB convention.

About RTW
RTW, based in Cologne (Germany), has more than 40 years of experience in designing, producing, and marketing advanced recording-studio systems. The company focuses its business on professional audio signal metering tools that are in use in the leading recording studios as well as by radio and TV broadcasters worldwide. The current product portfolio highlights the TouchMonitor range, a new series of tools for visual signal analysis and comprehensive loudness metering. The TouchMonitor combines the highest of flexibility and modularity with an intuitive user interface and touchscreen-based multichannel-analysis features, integrating exceptional surround-signal visualization using the unique and groundbreaking Surround Sound Analyzer. The high-end SurroundControl series of products with fully fledged loudness measuring combines the convenient metering options of the RTW surround display devices and the control functions of an eight-channel monitoring controller. 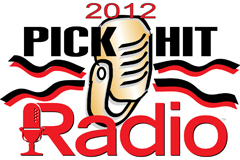 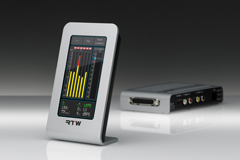