RTW GETS IN THE GROOVE WITH MASTERING ENGINEER MAURICIO GARGEL

SÃO PAULO, BRAZIL, JANUARY 31, 2017 – When Mauricio Gargel, owner and chief engineer at Mauricio Gargel Audio Mastering, is working on music in a variety of formats, he relies on RTW’s MM3 MusicMeter to ensure that the final file delivers consistent sound. Gargel has been using RTW meters throughout his career, as they are installed in the studios he has previously worked.

“I must admit that I am not a meter guy, but RTW’s MM3 MusicMeter changed that for me,” says Gargel. “Typically, I become distracted from the music I am working on because I stare at the meters too much. The small footprint of the MM3 occupies minimal space on my desk, which allows me to focus on the music. RTW has always been a consistent brand and the MM3 provides my studio with the reliable loudness metering that I have come to trust with the RTW name.”

Gargel has worked on projects with many artists around the world, including Samuel Rosa, Lô Borges, Arnaldo Antunes and Ricardo Herz. For all his jobs, Gargel has the MM3 front and center. “The loudness chart and USB features are excellent on the MM3. I can produce stereo and surround metering directly from the DAW, further simplifying the workflow in my studio. Since I master music in a variety of format releases, including stereo (CD, internet, hi-res and vinyl), surround (DVD) and 3D (VR/AR), I needed one loudness meter that could handle all different formats. The MM3 is the perfect device for the job.”

The ever-evolving future of the industry is apparent to Gargel. He employs the MM3 to make sure he is always following the latest standards that have been set. “Ultimately, my clients will distribute their music on the radio, TV and internet. It is important that I can adapt with the future changes. My goal was to find a way to produce the best translation across many different sound systems and formats, and the MM3 helps me achieve that goal.”

Gargel sees a future with RTW and its products. “After working with RTW hardware my entire career, I am very interested in trying software from RTW. Right now, I am specifically interested in trying out the Continuous Loudness Control (CLC) software. RTW’s customer service is outstanding. Although we don’t talk consistently, I receive very fast and attentive responses when I do have a question. RTW is a company that I can trust and I am excited to see what new hardware and software products the company develops in the future.”

With the superior accuracy that RTW has become known for, the MM3 MusicMeter features vectorscope, PPM/TruePeak or VU, real-time analyzers, Loudness vs. Time charts, as well as numerical and graphical loudness display and zoom modes. These features can be accessed with a simple swipe on the touchscreen. The display can be adjusted into vertical or horizontal modes to accommodate the workflow of its users. Supported audio inputs include analog, SPDIF and USB, and an SPDIF output delivers a buffered stereo signal or downmix from a 5.1 stream. RTW’s MM3 MusicMeter is now available through a limited number of exclusive partners and online at RTW’s worldwide webshop, located at www.rtw.com. 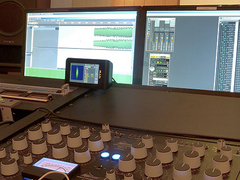 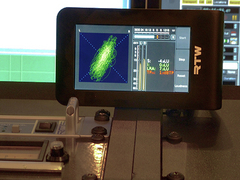