Van Spreuwel was first introduced to RTW back in the late 90’s while serving as head of sound and video at Meta Sound Studios in Amsterdam. “Meta Sound Studios had an RTW analog PPM meter in every studio,” says Van Spreuwel. “At the time, it was the standard for measuring sound levels in film or television. Since I can remember, RTW has always had a great sense of layout and user interface. The company’s equipment features clear colors and indications that quickly read out users’ audio signals. That’s one of the many reasons I still use them today.”

In order to deliver pristine audio, Van Spreuwel integrates his RTW software into his Avid® Pro Tools digital audio workstation. “RTW’s audio software has become larger and more powerful over the years,” adds Van Spreuwel. “The RTW mastering bundle has a central place among my other audio plug-ins. While mixing and editing, it is important for me to be able to see my levels and frequency at a glance. The colors and layout of the plug-in window can be set according to my needs, which is a great feature. Any combination of meters can be made, making my computer an ultimate display of visual audio.”

Known for his work on The Lobster, Brussel and Petticoat, the productions that Van Spreuwel has worked on have won more than 40 awards, including the Jury Prize at the 68th Cannes Film Festival. After starting his own company in 2009, Van Spreuwel has been working on international feature films and documentaries, particularly in the U.K. and Australia.

“I think in my area of sound mixing, there isn’t any other audio measuring tool that performs or looks as great as the RTW plug-in,” says Van Spreuwel. “I met with RTW at IBC a few years ago, and they were fantastic. I highly recommend the company and its products to fellow sound mixers who want to see their audio in a clear and concise picture.” 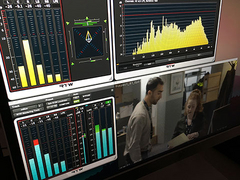 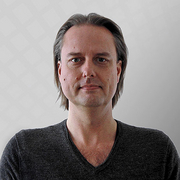